The T-Mobile 'Pen at T-Mobile Park

The hottest spot in town isn't in Belltown or Ballard. It's The T-Mobile 'Pen, right next to the Mariners bullpen in center field. Gates open 2 and a half hours before first pitch. Enjoy tasty food choices from local celebrity chef, Ethan Stowell, and happy hour specials all season long.

It's a 9-inning party. Come early for happy hour - $5.00 beers from all taps up to one hour before first pitch.

Before every game, The 'Pen is home to the best Happy Hour in Seattle. Get $5.00 draft beers in The 'Pen starting 2 and a half hours before every game. Here are the times to be there for each:

Extend your party in The 'Pen throughout the game with a VIP experience including a private bartender and food and beverage package.

Enjoy a pre-game picnic at the most popular destination at T-Mobile Park. Package includes a Main Level game ticket and food and beverage.

Dining in The 'Pen

With fresh, quality ingredients (including Painted Hills grass fed beef) in "creative and savory combinations," Li'l Woody's consistently rates as one of the best burgers in Seattle. 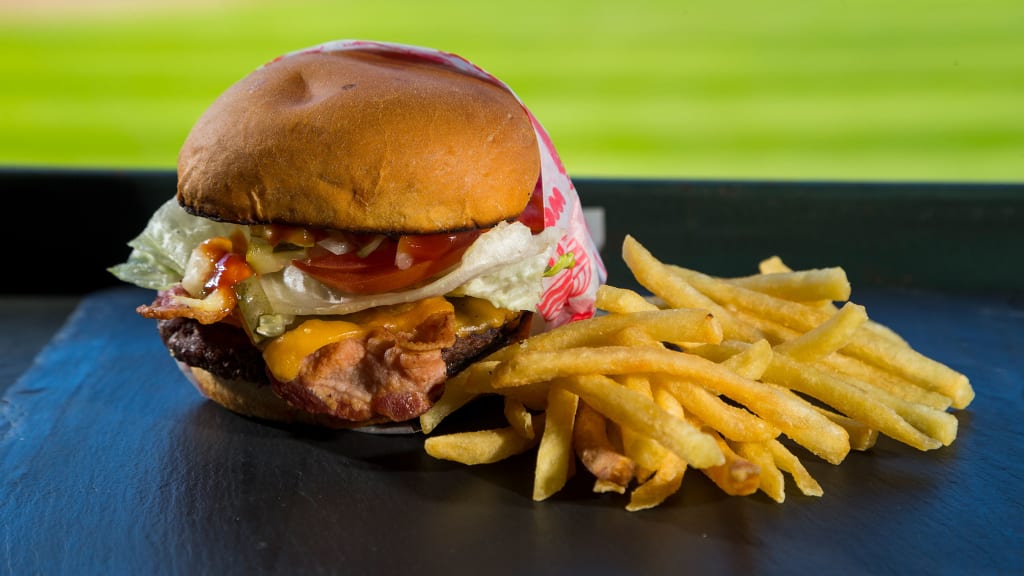 Ethan Stowell is the executive chef and owner of Ethan Stowell Restaurants in Seattle. His highly acclaimed restaurants include Tavolàta, How to Cook a Wolf, Anchovies & Olives, Staple & Fancy Mercantile, Ballard Pizza Company, Rione Xlll, Bar Cotto, Mkt., Red Cow, and Chippy's Fish and Drink. His food philosophy is all about keeping it simple, using fresh ingredients, and allowing the food to do the talking.

In 2010, Stowell launched Lagana Foods, an artisan pasta line, and began consulting for the Seattle Mariners. His work with the Mariners helps to bring local products into the stadium for fans to enjoy. Ethan Stowell's New Italian Kitchen was released in September 2010 from Ten Speed Press.

Deeply devoted to his hometown, Stowell is a fervent advocate committed to seeing that Seattle is recognized nationally as a culinary destination. He and his wife, Angela, and their two young sons, live in Seattle's Green Lake neighborhood.

Since 2011, Chef Stowell has consulted with Centerplate and Centerplate Stir on the T-Mobile Park food and beverage program. This collaboration has won T-Mobile Park a reputation for serving locally inspired restaurant-quality food in a ballpark setting. In addition to Hamburg + Frites, Swingin' Wings, Holy Smokes BBQ, and Sound Seafood, Stowell created the "Northwest Mex" menu for the popular Edgar's Cantina and Edgar's Tacos. He has also created menu items featured at T-Mobile Park Sausage Company, Hit it Here Café, and in the Suites.